An iOS iPhone email error has surfaced and is causing problems for many iPhone, iPad, and iPod Touch owners. It appears to affect users who connect to their email using POP3, although some IMAP customers are also claiming they have issues. [1] 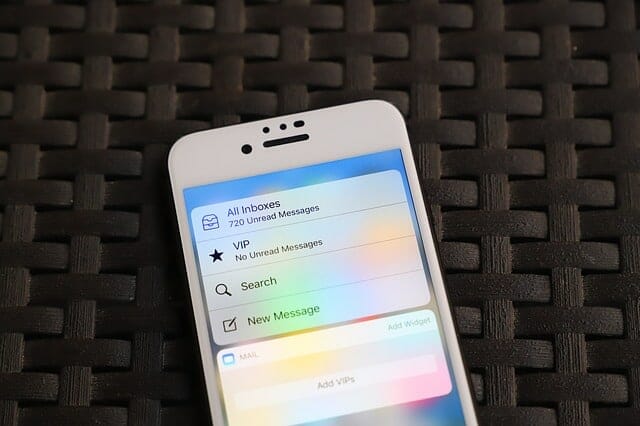 The problem is that you may get an error that says “Message not yet downloaded from server” whenever you attempt to open an email message with an attachment. The problem appears to be causing issues with both new and old emails.

Some people say even claim they get this issue regardless of the message had an attachment – it affects all their mail.

This problem appeared after iOS 9 was released. The recent updates to iOS 12.1 seem to have failed to resolve the issue.  Apple has not officially acknowledged the bug or said if a fix is planned.

So what can you do about this issue while you wait for Apple or fix it?

I have found some suggestions that may help you.

Other iOS email guides… See our list of iPhone email settings to configure your email account for any major iSP, or how to setup POP3 email on iPhone, or fix the “Message Could Not Be Moved To Mailbox Trash” error.

You can also see all our other useful email guides or browse our other troubleshooting tips.

How to fix “Message not yet downloaded from server” error

Switch from POP to IMAP

The issue seems to affect POP email accounts so if you switch to IMAP it should fix the issue.

Use a different email App

The error appears to be restricted to the iOS Mail App. If you download a different email App from the App Store and use it instead of the default Mail App it should work properly.

Some good alternative email Apps include:

You can read reviews of the above email Apps over at lifewire.

Remove your email accounts and add them again

You can try removing your email accounts from your iPhone or iPad. After they have been removed go to the home screen and then reboot your device. Only after a reboot add the accounts back again.

Keep copies of messages on the server

Apple engineers are claiming that the issue occurs if your iPhone or iPad is configured to remove copies of email messages from the server after they have been downloaded to your device. If you configure your email settings to keep copies on the server the issue may be resolved.

To keep copies of messages on the server do the following:

The issue seems to cause your iPhone or iPad to constantly download messages from the server. If you switch off Wi-Fi it ‘breaks’ the connection and allows you to view previously downloaded messages. Unfortunately, this doesn’t allow you to see any attachments.

To switch off Wi-Fi

Kevin Craighead is an Apple Certified Independent Technician gaining AppleCare service certifications for both iOS and Mac back in 2016. With over a decade of experience with mobile technology, Kevin has in-depth knowledge of how to use, fix and maintain phones, tablets, and smartwatches. Kevin has been supporting computers, networks, and related technology since the 1990's and enjoys finding solutions to hard-to-solve issues. As well as writing for iChimp Kevin is also a highly regarded Web Designer & App Developer with a career spanning over 30 years. Kevin has been iChimp’s lead technology writer since 2011.